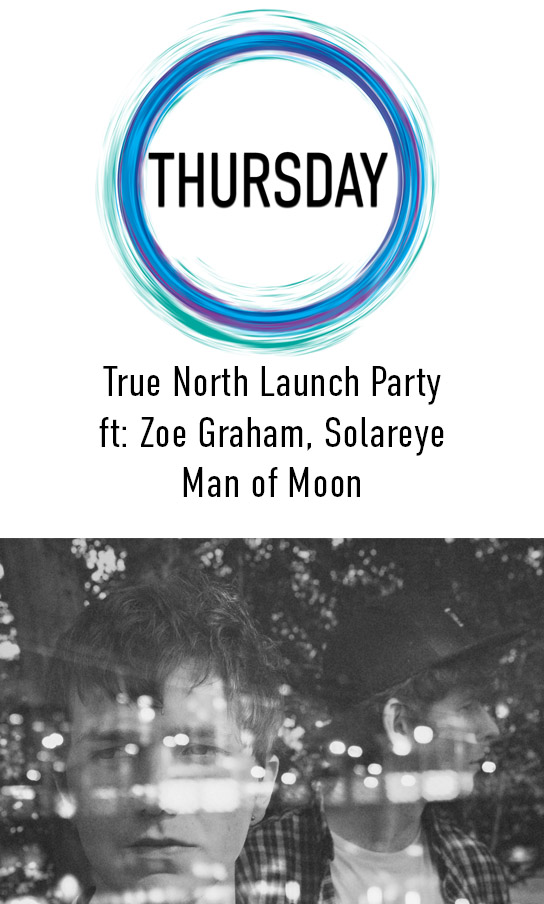 with Zoe Graham, Solareye, Man of Moon, and DJ Retrospective

Man of Moon are a two-piece alternative project from Edinburgh who came together in the later months of 2012, inspired by the likes of She Keeps Bees, Pink Floyd, Jeff Buckley and Polica. Their enigmatic stage shows and sweet, haunting sound, crafted in bedrooms, is destined for great things.

Solareye is best known as the lyricist and principal songwriter with alternative hip-hop group Stanley Odd. Having released his debut solo album, ‘All These People are Me’ in May, Solareye’s music tells stories, paints pictures, raps about rapping and pushes some boundaries along the way.

Glasgow-based Zoe Graham is steadily building a reputation for herself on the Scottish contemporary music scene. There is an impressive maturity and attention to detail in Zoe’s music that sets this accomplished young songwriter apart from her peers.